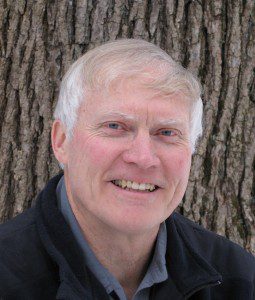 A retired biology professor at the University of Massachusetts, Donald Kroodsma‘s work on bird song is legendary. His book The Singing Life of Birds won the 2006 John Burroughs Medal Award and the American Birding Association’s Robert Ridgway Distinguished Service Award for excellence in publications pertaining to field ornithology. In 2003 the American Ornithologits’ Union called him the “reigning authority on the biology of avian vocal behavior.” Kroodsma received his Ph.D. at Oregon State University and has traveled all over North and South America researching bird song. He is a Fellow of the American Ornithologists’ Union and the Animal Behavior Society and has published hundreds of academic and popular articles.