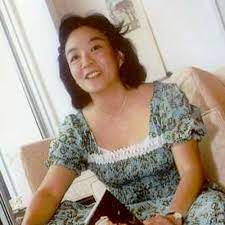 Minfong Ho was born in Yangon, Myanmar (formerly Rangoon, Burma), and raised in both Singapore and Bangkok, Thailand. Her parents are of Chinese origin, so she spoke fluent Chinese in her home, Thai in Bangkok marketplaces and English in school. She was educated in Thailand and Taiwan, before moving to the United States to attend Cornell University where she received her BA in Economics and History as well as her M.F.A. in Creative Writing. While attending Cornell University, Ho began writing her first short story to combat strong feelings of homesickness. She recognized that many Americans had false notions about life in Asia and she set out to change this by writing based on her own experience there. Her first short story eventually evolved into her first novel, Sing to the Dawn, which received first prize from the Council of Interracial Books for Children. Ho’s later book Hush! a Thai Lullaby illustrated by Holly Meade, was named a Caldecott Honor Book, an ALA Notable Children’s Book and was included on The Horn Book Fanfare list.