Here are all the possible outcomes of the WINGED HEROES bird personality quiz! After, buy your own copy of WINGED HEROES right here! 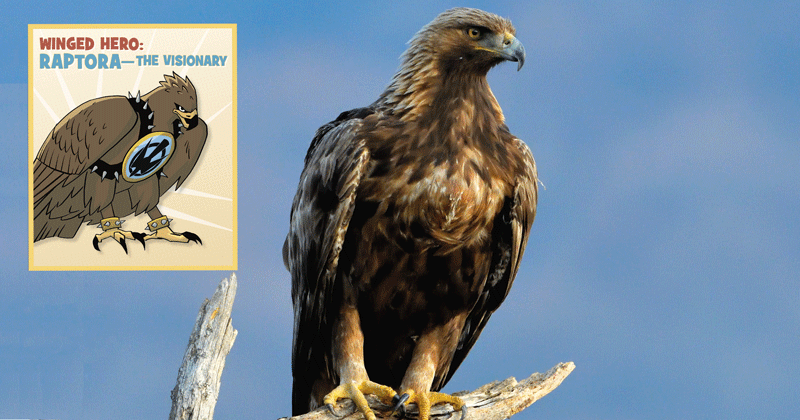 You are RAPTORA – The Visionary, a Golden Eagle!

Confident and fierce, you are a powerful friend. Happiest when you are perched up high with a great view, you can detect danger (and food!) at great distances. You may not be not super social, but you are loyal and dedicated to family.

About Golden Eagles: The Golden Eagle is one of the largest, fastest, nimblest raptors in North America. Lustrous gold feathers gleam on the back of its head and neck; a powerful beak and talons advertise its hunting prowess. You’re most likely to see this eagle in western North America, soaring on steady wings or diving in pursuit of the jackrabbits and other small mammals that are its main prey. Sometimes seen attacking large mammals or fighting off coyotes or bears in defense of its prey and young, the Golden Eagle has long inspired both reverence and fear. Learn more about Golden Eagles here.  (Photo Credit: Shutterstock ID: 1234864885 by Iliuta Goean) 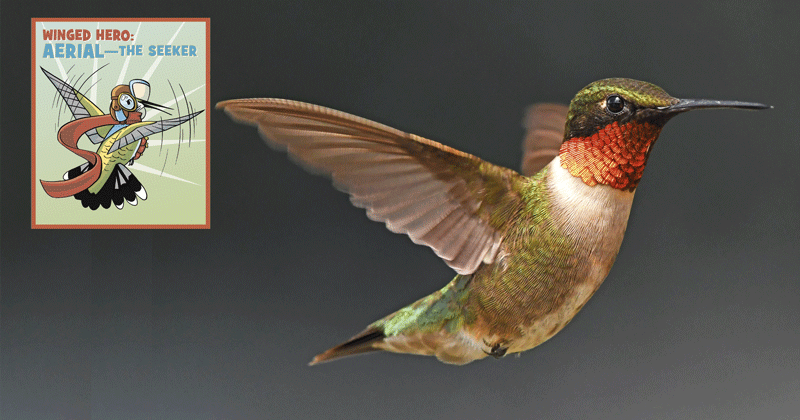 You are AERIAL – The Seeker, a Hummingbird!


You are extremely energetic and athletic, independent, and strong. You’re not very good at sharing or playing with a team, but you accomplish plenty on your own. You can’t help it—you love sweets! You notice every little thing going on around you. 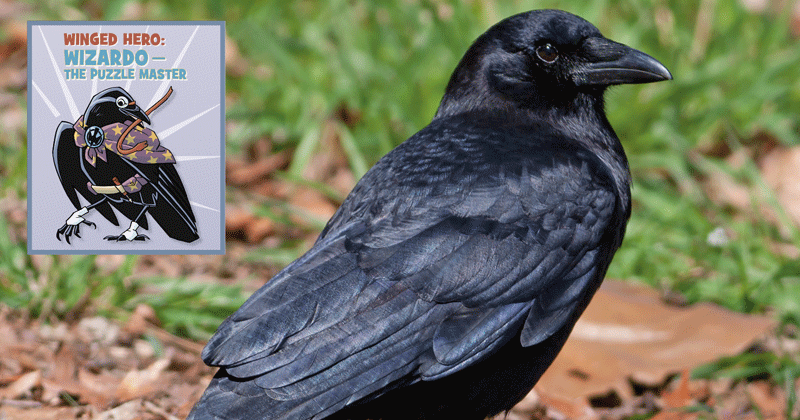 You are WIZARDO – The Puzzle Master, an American Crow!


You’re as smart as they come, and you know it! Hardy and adaptable, you’re extremely loyal and devoted to your family, friends, and neighbors, but suspicious of strangers. You’re curious and an excellent problem solver, while also knowing how to have fun!

About American Crows: Crows, close relatives of ravens, are considered one of the most intelligent and adaptable birds in the world. Very social, they can form flocks in the thousands. Inquisitive and sometimes mischievous, they are good learners and problem-solvers, often raiding garbage cans and picking over discarded food containers. They’re also aggressive against perceived threats and often chase away larger birds such as hawks, owls, and herons. In North America, there are three species of crows (American, Northwestern, and Fish crows) and two ravens (Common and Chihuahuan raven). Learn more about crows here.  (Photo Credit: Shutterstock ID: 124228861 by Melinda Fawver) 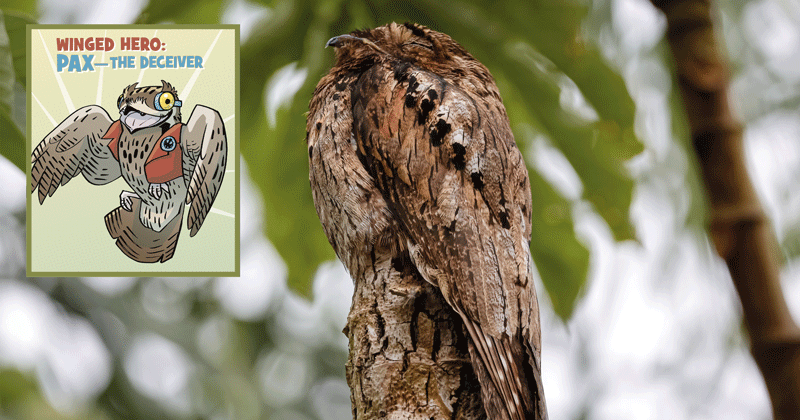 You are PAX – The Deceiver, a Common Potoo!


Sleepy by day, you come to life after dark when you open your eyes wide and detect all sorts of night-time activity. Your low-key attitude helps you blend in and be a good listener.

About Common Potoos: The Common Potoo is a bird of Central and South America that has an amazing ability to blend itself into its surroundings with an amazing show of confidence. They are known to some as “Bird Masters of Camouflage.” While many birds of the same region are brightly colored and easy to spot, the Common Potoo has a different goal in mind and accomplishes it well! This nocturnal bird has the ability to hold remarkably still, giving it the appearance of a broken tree branch. Learn more about the Common Potoo here.  (Photo Credit: Shutterstock ID: 1563189406 by Iguazu Falls) 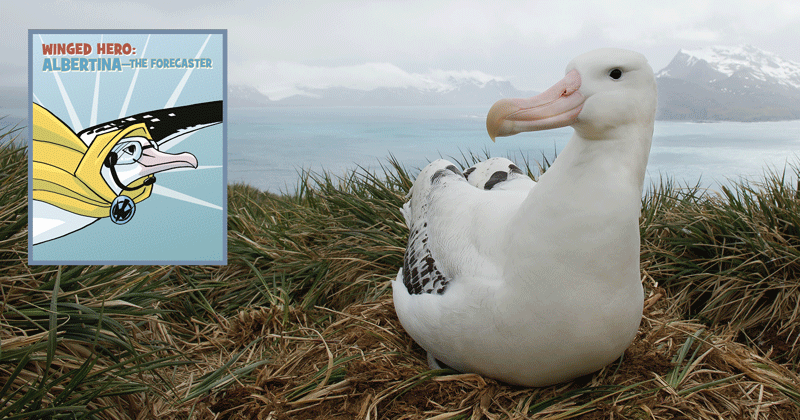 You are ALBERTINA – The Forecaster, a Wandering Albatross!


Patient and wise, you love exploring and traveling the world. Happiest when you are up in the air with a bird’s-eye view of the ocean, you are great at scanning for signs of tasty treats under the surface. You are also very loyal to those closest to you.

About Wandering Albatrosses: The Wandering Albatross lives and breeds locally on remote islands, but circles the globe on its travels. They make shallow dives when hunting. They’ll also attempt to eat almost anything they come across and will follow ships in the hopes of feeding on their leftovers. Wandering Albatrosses mate for life, breeding every two years. Mating season starts in early November, with the Albatrosses creating nests of mud and grass on one of the Sub-Antarctic islands. Learn more about albatrosses here.  (Photo Credit: Shutterstock ID: 389163967 by mzphoto.cz) 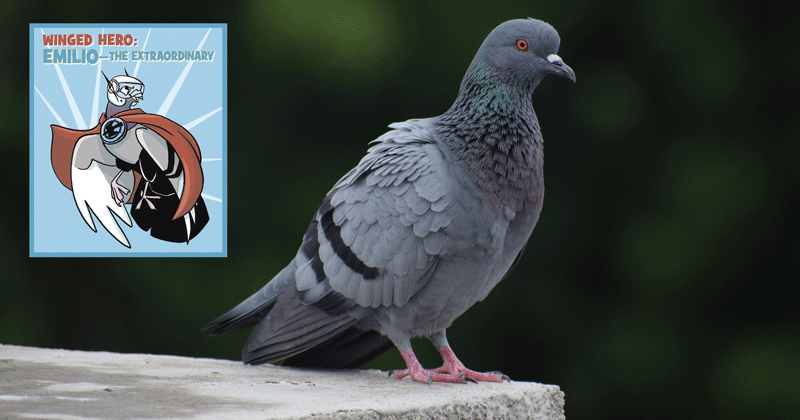 You are EMILIO – The Extraordinary, a Rock Pigeon!

You are extremely intelligent, sociable, and adaptable; you thrive in a great many situations. Your devotion to home is exceptional, as is your sense of direction. You prefer a vegetarian diet and seldom dine alone.

About Rock Pigeons: Pigeons, domesticated at least 5,000 years ago, and brought to America by early settlers in the 1600s, have been used by people both for food and sport. They can fly many hundreds of miles back to their nest and mate; this homing ability led to their use in pigeon races and also to carry messages. The U.S. Army Signal Corps’ racing pigeons saved lives and provided vital strategic information during World War I and II. B.F. Skinner, who did a great deal of research on pigeons, believed they were among the most intelligent animals in the world. Learn more about Rock Pigeons here.  (Photo Credit: Shutterstock ID: 1804803532 by Snehaaaa Patel) 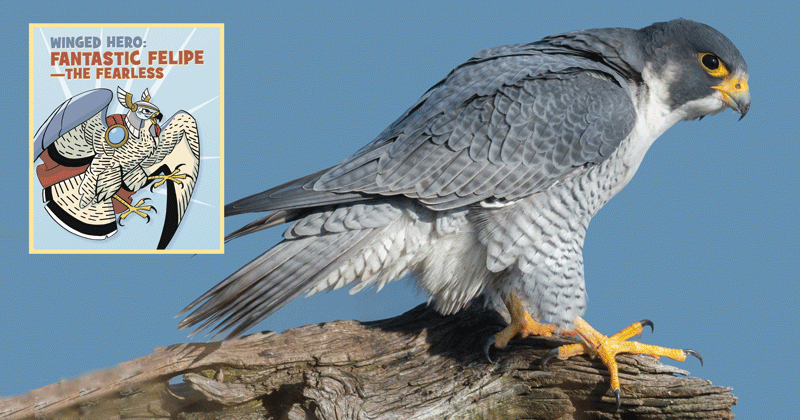 You are FANTASTIC FELIPE – The Fearless, a Peregrine Falcon!

Strong and athletic, you are good at quick decisions and going for it once you’ve decided. Your single-mindedness and focus make you very successful and respected, but you’re quick to cut your losses when a plan doesn’t work out.

About Peregrine Falcons: Peregrine Falcons, which have been clocked using radar flying more than 200 mph in a dive, may be the fastest birds on the planet, though some swifts have been observed outpacing them to get away. Peregrine Falcons nest on cliffs and buildings, pairs returning to the nest each year, though if one doesn’t come back, the other readily accepts a new mate. Peregrines were almost wiped out due to the pesticide DDT, but protections by the Endangered Species Act and prohibiting DDT use in the United States helped them make a dramatic comeback. Learn more about Peregrine Falcons here. (Photo Credit: Shutterstock ID: 564859270 by Harry Collins Photography) 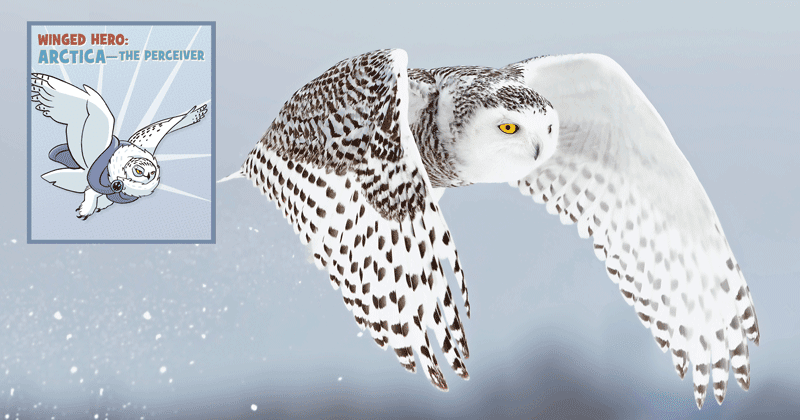 You are ARCTICA – The Perceiver, a Snowy Owl!

You are strong and hardy, and people find your charisma irresistible. You’re unpredictable, keeping people guessing about where you might pop up next. You may travel far and wide, but prefer to stop in places that look like home.

About Snowy Owls: The Snowy Owl is among the most beloved and iconic birds in the world. The provincial bird of Quebec and Harry Potter’s beloved companion, it spends most of its life above the Arctic Circle, but many individuals wander south in winter, sometimes in dramatic “irruptions,” often appearing along coasts and lakeshores, or open fields somewhat resembling the tundra. Researchers are working hard to tease out the factors that lead to these irregular irruptions even as some individuals return to the same winter spots year after year. Capable of taking fairly large prey such as ptarmigans and geese, Snowy Owls spend most of their time taking hamster-sized lemmings whenever they’re available. When lemmings are abundant, Snowy Owls may produce and raise 11 chicks in a single brood, but when lemming populations are low, they may raise just 1-3 chicks. Learn more about Snowy Owls here. (Photo Credit: Shutterstock ID: 1024717105 by Jim Cumming)